Being an avid waterfowl hunter, I have adapted the SRB Field Rests Single Rest and the Box Blind Mount to use in my boat during hunting season. Having the SRB Field Rests available allows me to be ready at all times for a flight of waterfowl. The value of being prepared was never more evident than my son’s first duck hunt.

A Passion is Born 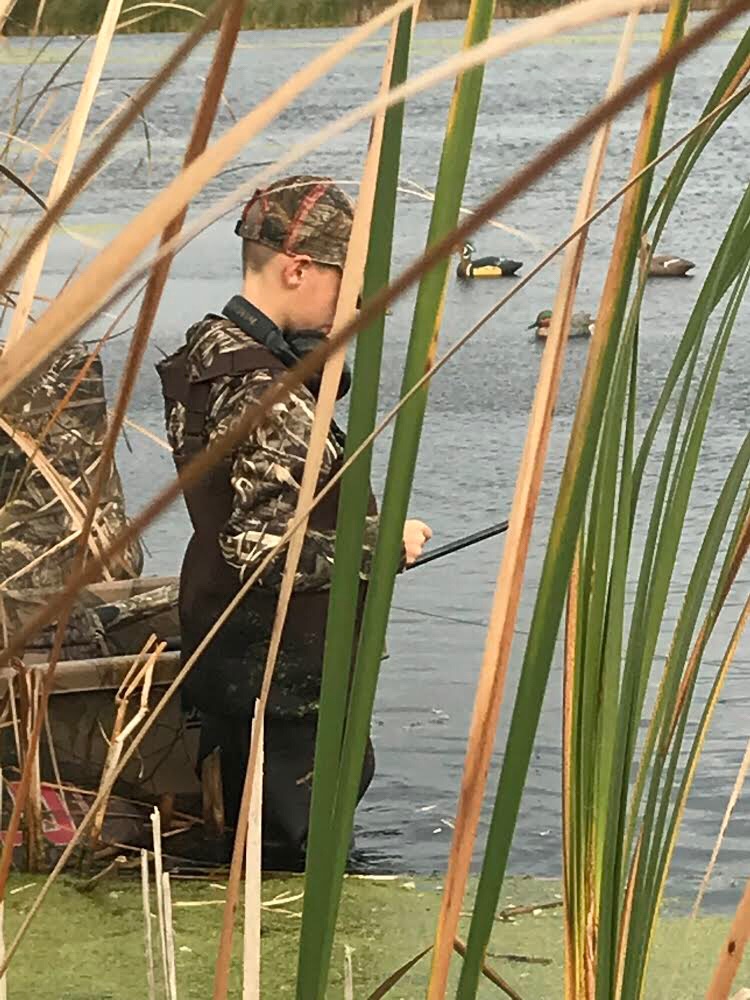 In October 2015, my son Ethan was seven years old when he embarked on his first duck hunt. It was opening day of the Lake Erie marsh zone. It was a windy 35-degree morning with a clear sky. Ethan carried his Rossi .410 shotgun that he had recently acquired; this would be his first season hunting with it. He was sitting on the bow of the boat with his .410 resting in an SRB Field Rest I had mounted on the boat, with the barrel barely sticking outside the blind. He was determined that when a duck came into the decoy spread, it was his.

It all came together playbook perfect. A hen mallard flew in as if in slow motion cupped up to lite among the decoy spread, perfectly lined up for a shot. We cocked the hammer. Ethan lined up the shotgun using the assistance of the SRB Field Rest to keep him on target, with the determination of a veteran hunter, he squeezed the trigger. BOOM! It was over within seconds.

I looked down at Ethan, and I can’t honestly tell you whose smile was bigger, mine or his. We were laughing and passing high-fives around. At that moment, my son had not only shot his first duck, but he had just embarked on a lifetime passion for waterfowl hunting.

Two years later, the kids still talk about Ethan’s first duck harvest. Ethan has evolved into one heck of a waterfowl hunter, still using the SRB Field Rest on every hunt in the boat to hold his Rossi .410, but he has progressed to shooting off-hand now. During the off-season, the SRB Field Rests are used while fishing in the boat, making them dual purpose.