On opening weekend of the 2016 Kansas spring turkey season, I was headed from Wichita Ks out to a friend’s land to see if I could find any turkey. The biggest difference in this trip was for the first time since he left for college my son was sitting in the truck with me. My son graduated from high school in 2007 and went off to college that fall. Between the pressures of school & life, it would be nine years before we would get to share a morning in the turkey woods again. 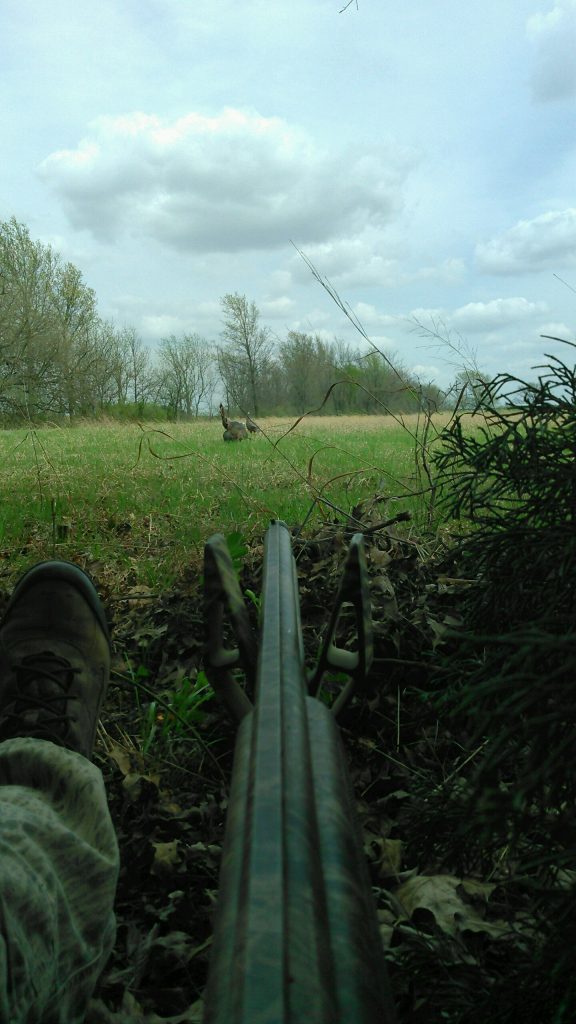 We found the birds on the roost and quickly found a spot to set up. As it started to get light we saw the birds pitch down right in front of the area that they were roosted. Matt & I had the decoys set up, the SRB Field Rests 11″ rests in place for the guns and gave them a few soft calls. It was apparent that the toms had hens with them so we immediately knew we would have to be ready to change our tactics.

The hens all started to move across the field about halfway across the field we were in. I looked at Matt, and said, “Grab your gun, it’s time to crawl.” Luckily for us, there were some trees scattered around between us and where the birds were headed. We got about halfway to what I anticipated as our rendezvous spot and the birds were already there. 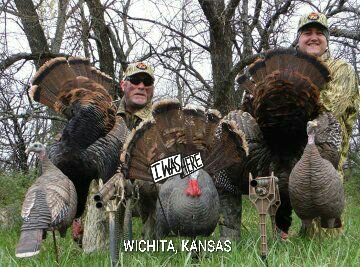 I had thought to grab my jake decoy as we were leaving our initial spot so I got it, stood up while holding it, and spinning it around like a strutting bird. It worked! The toms saw that and began moving our direction. The lead bird got to within ten yards, and Matt took the shot. After the bird fell the other birds jumped in the air and ran a few steps. At the same time, the bird that was shot gave a little flop. Well, this got the other bird’s attention and he came back to beat him up. That is when we saw the chance to get the other one.

The SRB Field Rests are mobile and allow you to keep your gun up out of the mud and at the ready for the shot. This day was truly a great day spent with my son as you can tell from the smile on our faces. I cannot wait for the next opportunity to get out into the field with him and make more memories.