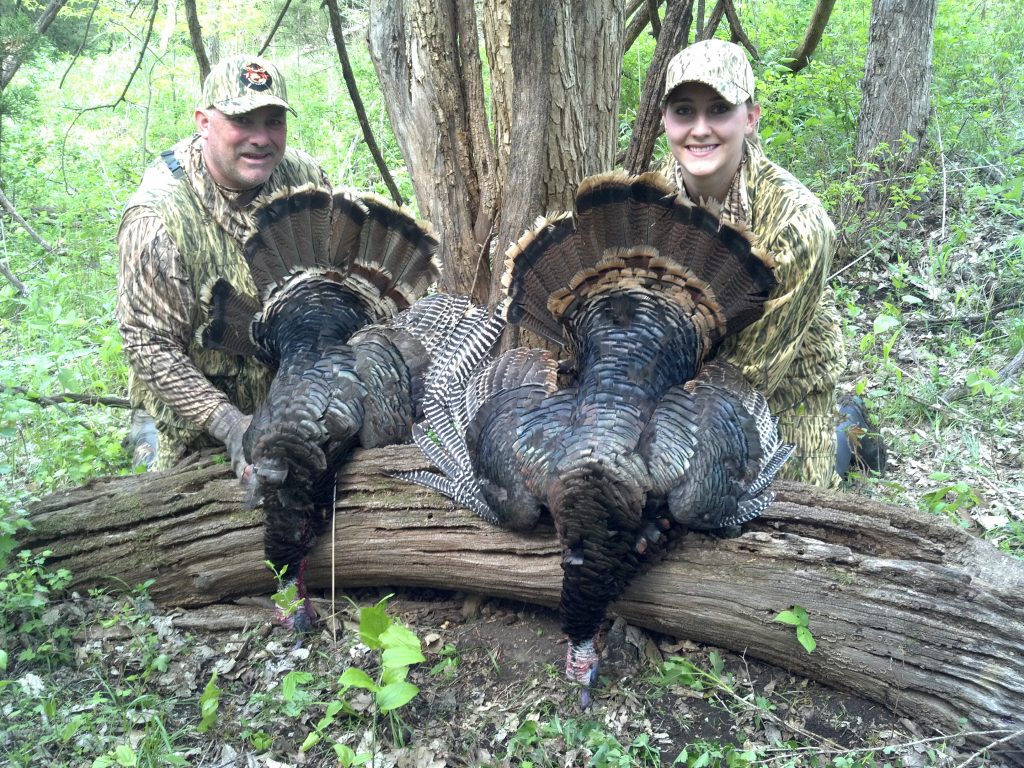 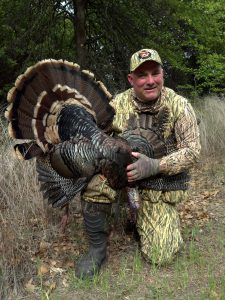 In the winter of 2012, my daughter Nicole contacted me inquiring about my annual turkey hunting trip to Nebraska. I informed her of the dates I had planned for the trip. She shocked me when she said, “Well, I think I want to hunt with you this year.”

It had been ten years since she last hunted with me so I was immediately pumped for April to arrive. Finally, the day came and Nicole, Sparky, Dave & myself made the trip to Nebraska in hopes of a successful hunt for all. Nicole had yet to harvest her first turkey, so she was first up. 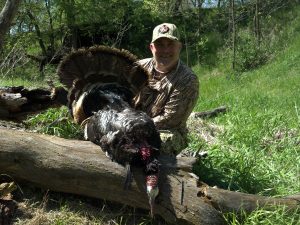 After some scouting and glassing, we found a field holding some birds. We snuck into the area and got set up without spooking the birds. It was quite muddy so having the SRB Field Rests 6″ Rest and Turkey Rest was paramount to keeping the shotguns out of the water and mud. After a few minutes of calling the birds started moving our direction. There were several of them coming up the fence line in our direction. The birds came right to us and we let loose with the shotguns and harvested a couple of birds. 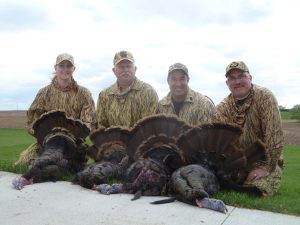 It was truly a special moment for Nicole and myself to share this experience; one we won’t forget for many years. Sparky and I had spent the entire week hunting in Kansas and Nebraska with friends, and at the end of it, we had a total of ten successful turkey hunts using SRB Field Rests; all of which were caught on film.